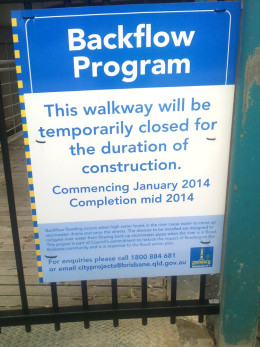 The sign doesn’t mention a floodgate, but that is essentially what the ‘devices to be installed’ as part of the ‘Backflow Program’ are. They are contraptions of varying designs that ‘mitigate river water from flowing back up stormwater pipes when the river is in flood’. Such devices have already been installed just downstream near Cribb Street and the Go-Between Bridge. The City Council’s website has a page listing all of the places where backflow devices have been, or might soon be, installed. The page also provides links to the technical reports about these devices that the council commissioned in the wake of the 2011 flood. END_OF_DOCUMENT_TOKEN_TO_BE_REPLACED

Today, I braved weather that ranged between miserable and awful in order to see how the drain held up when it had more than just a high tide to contend with. With the remnants of Cyclone Oswald looming over South East Queensland, Seqwater began releasing water from Wivenhoe Dam on Friday evening, and according to the Seqwater website, the releases are expected to continue for several days. So we have the tides coming in from downstream, the dam releases coming from upstream, and the stormwater from the Western Creek catchment racing through the drains towards the river. What happens when the waters collide?
END_OF_DOCUMENT_TOKEN_TO_BE_REPLACED 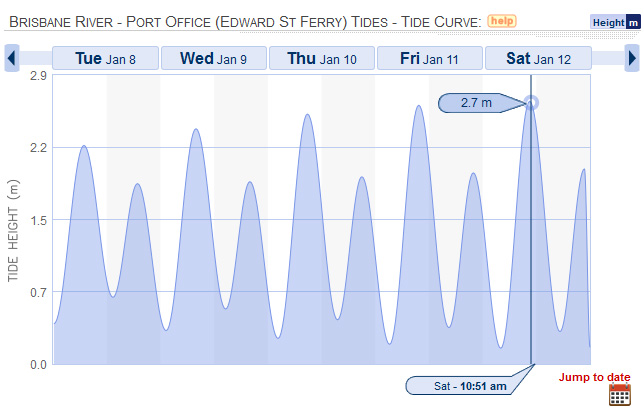 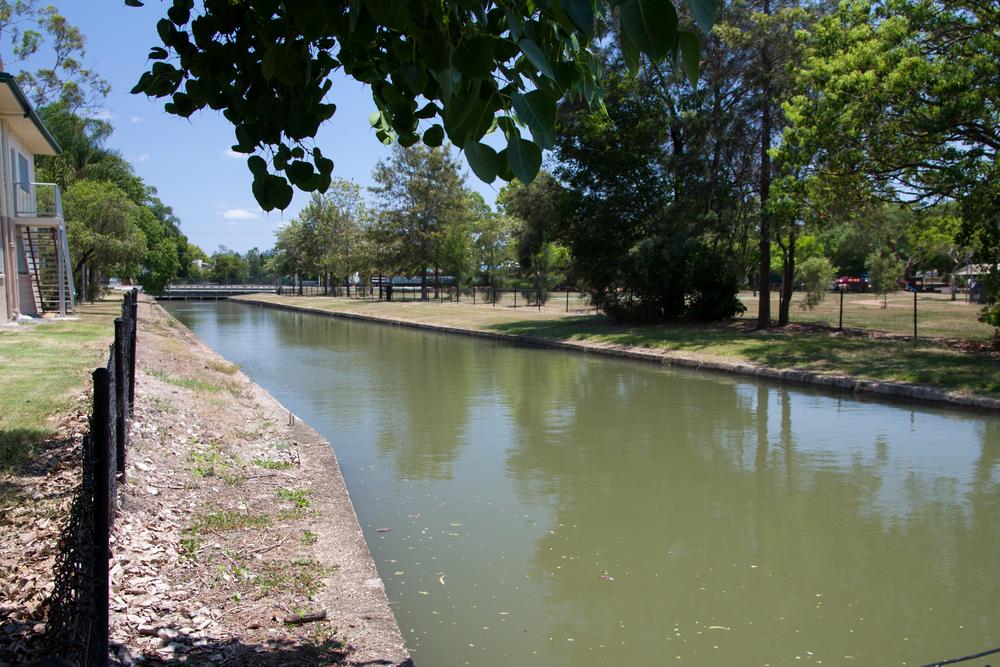 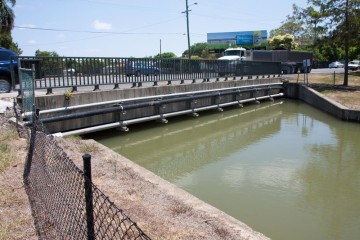 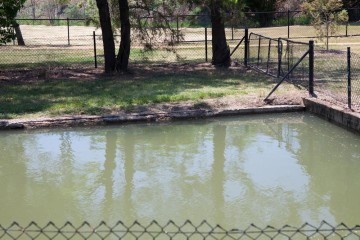 I haven’t found the time to do any real research recently, so I thought I’d post some photos instead. I took these back in January and they have been gathering virtual dust on my hard drive ever since. According to the SunSurveyor app on my phone, this was the last time in a while that a full moon would hover over Milton Drain at a low enough angle to catch it reflected on the water. Exactly why I felt the need to capture this event is a good question… probably something to do with seeing the beauty in an otherwise ugly piece of suburban infrastructure. At any rate it made for an interesting photographic challenge.

While I was taking these photos, I occasionally saw what looked like a flying fox (fruit bat) swoop down towards the water and emit a strange sound before skimming the water and flying back to a tree. It looked an awful lot like they the bats were fishing, but I thought that flying foxes only ate fruit. On top of that, I’m not even sure that flying foxes use echolocation (they have big, sensitive eyes instead). So, either they were doing something other than fishing, or they weren’t flying foxes at all. Any ideas??? 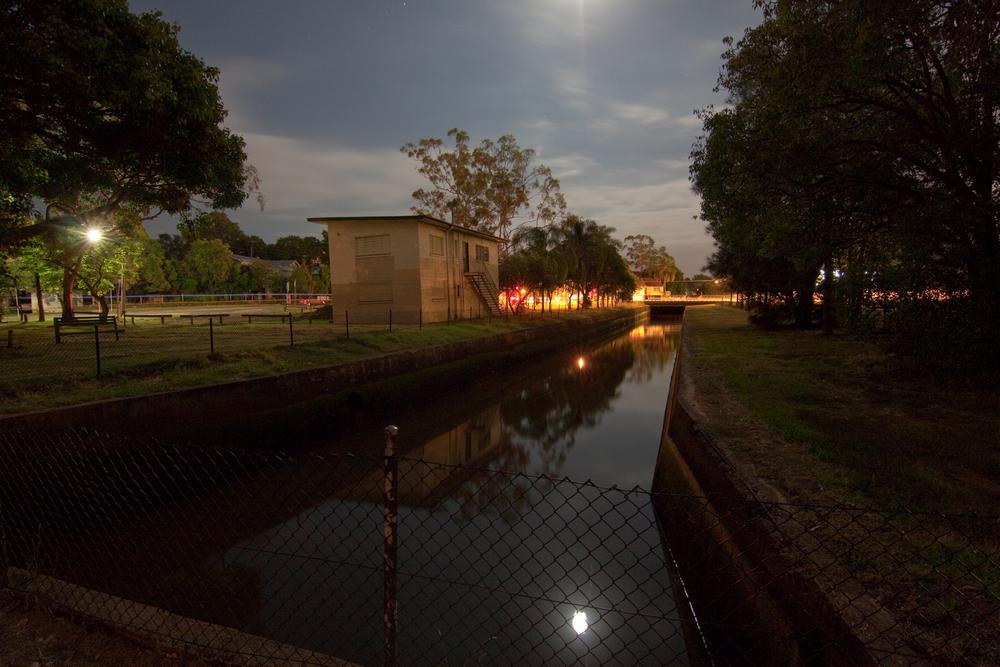 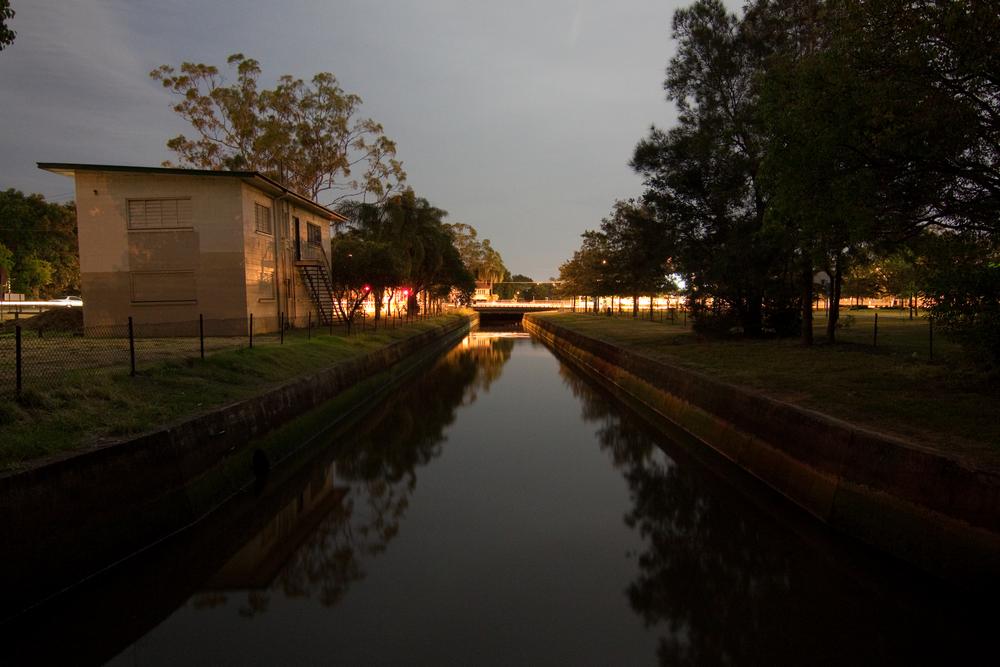 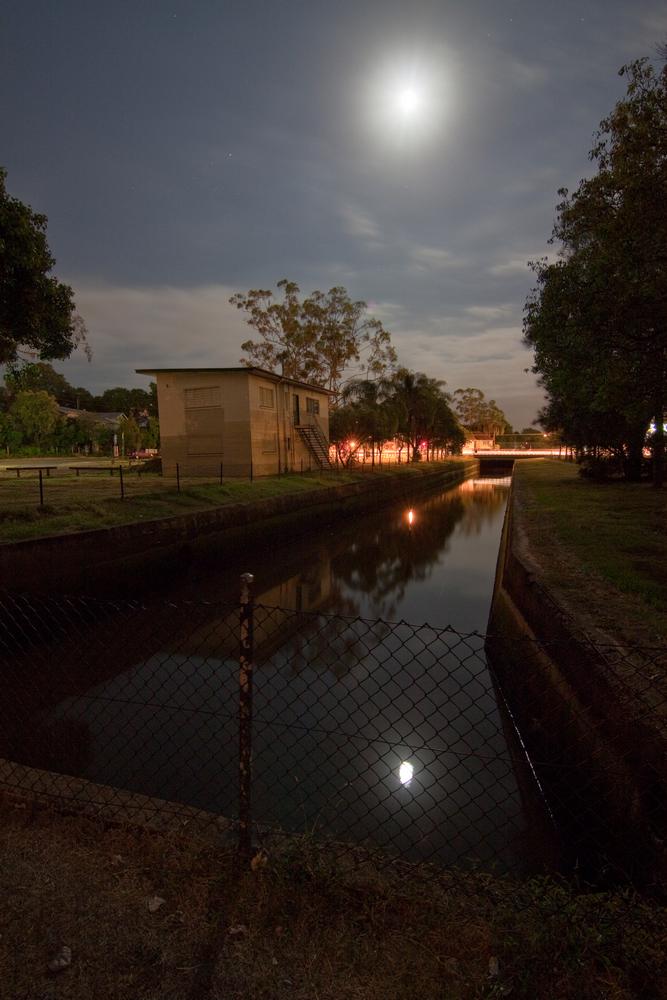 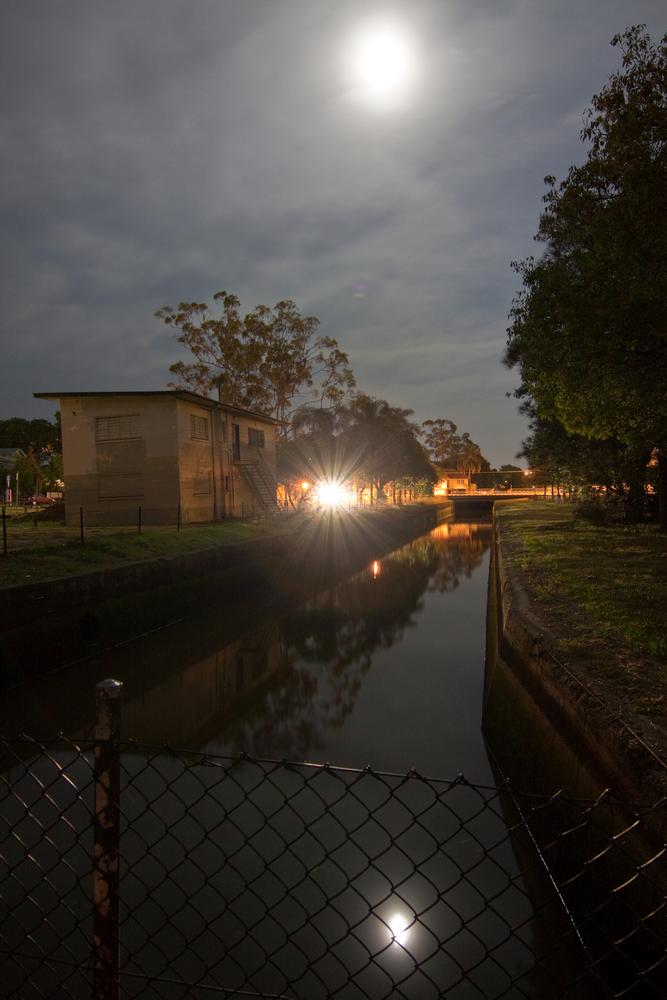 Milton Drain under a full moon, 8 January 2012. (The orb in the centre is a car's headlights.)