Today, I braved weather that ranged between miserable and awful in order to see how the drain held up when it had more than just a high tide to contend with. With the remnants of Cyclone Oswald looming over South East Queensland, Seqwater began releasing water from Wivenhoe Dam on Friday evening, and according to the Seqwater website, the releases are expected to continue for several days. So we have the tides coming in from downstream, the dam releases coming from upstream, and the stormwater from the Western Creek catchment racing through the drains towards the river. What happens when the waters collide? 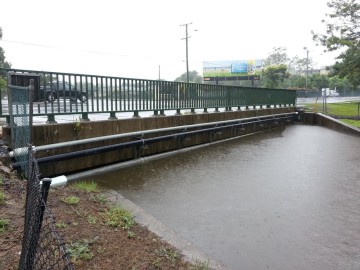 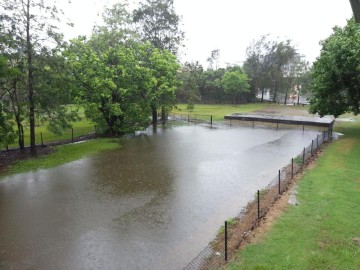 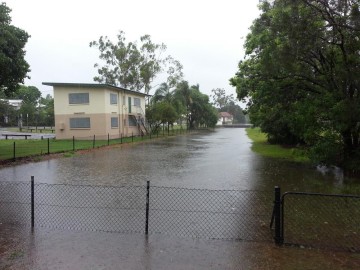 Though the conditions were awful, the rain was not especially heavy. It’s hard to know how big a contribution the stormwater was making to the water level, but I suspect it was fairly negligible given that the river itself was already pretty high: 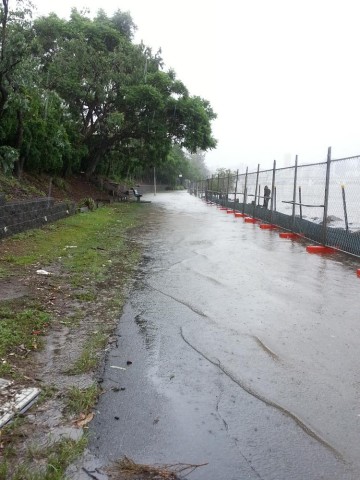 The river spills onto the bike track, just downstream of Lang Parade. 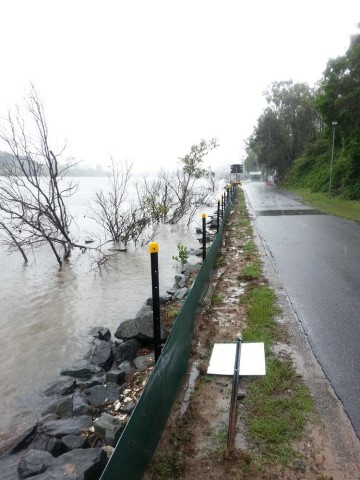 The Brisbane River at Auchenflower, 27 January 2013. 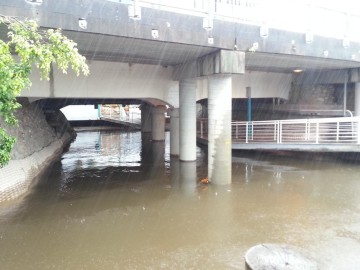 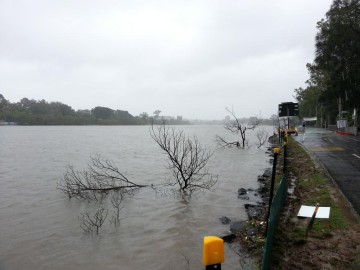 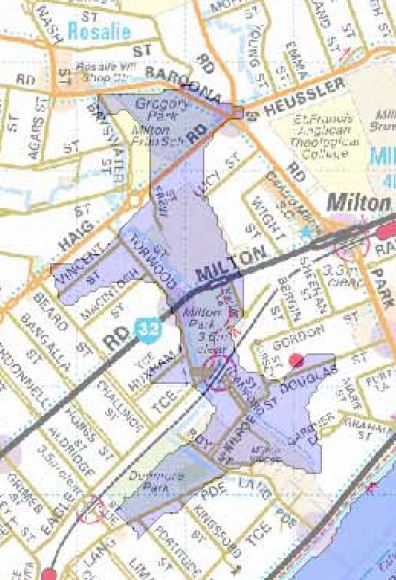 The predicted extend of flooding in Milton on 29-30th January 2013 (from the Brisbane City Council’s flood map).

All of the above was captured and written before I learned that the river is expected to rise much higher later this week. The highest peak is expected at high tide on Wednesday, though minor flood levels are also expected at the high tides on Monday, Tuesday and Thursday mornings. The predicted height is 2.6m at the City Gauge — well below the peak in 2011 of 4.46m, but enough to be a pretty big nuisance.

Maps showing the predicted extend of flooding are available on the City Council website. The only flooding expected along the Milton Reach is along the Milton Drain between Lang Parade and Baroona Road, as shown in the snippet to the right. Milton Park, Dunmore Park, Frew Park and Gregory Park are all expected to go under, and it looks as though some of the businesses in Milton and houses in the Torwood area may be affected as well. Let’s hope it’s no more than ankle-deep.

I’d love to be be running around with my camera on Tuesday and Wednesday trying to capture it all. But unfortunately, I will be at work. I trust there will be others out there to document it!

One thought on “When waters collide”