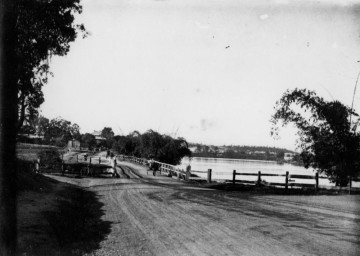 You can see Langsville Creek — or at least part of it — on the early maps of Brisbane. It’s depicted most clearly on McKellar’s 1895 map, the relevant portion of which is reproduced below. The creek itself is unnamed on this map, except by way of the bridge that crosses it where Patrick Lane meets the River Road (now Coronation Drive). The creek looks rather like an outgrowth of the river, as if the river has put out tentacles or feelers, each one meandering through the landscape much as the river winds its way to the bay. The land surrounding it appears to be mostly undeveloped, presumably because it was damp and flood-prone.
END_OF_DOCUMENT_TOKEN_TO_BE_REPLACED