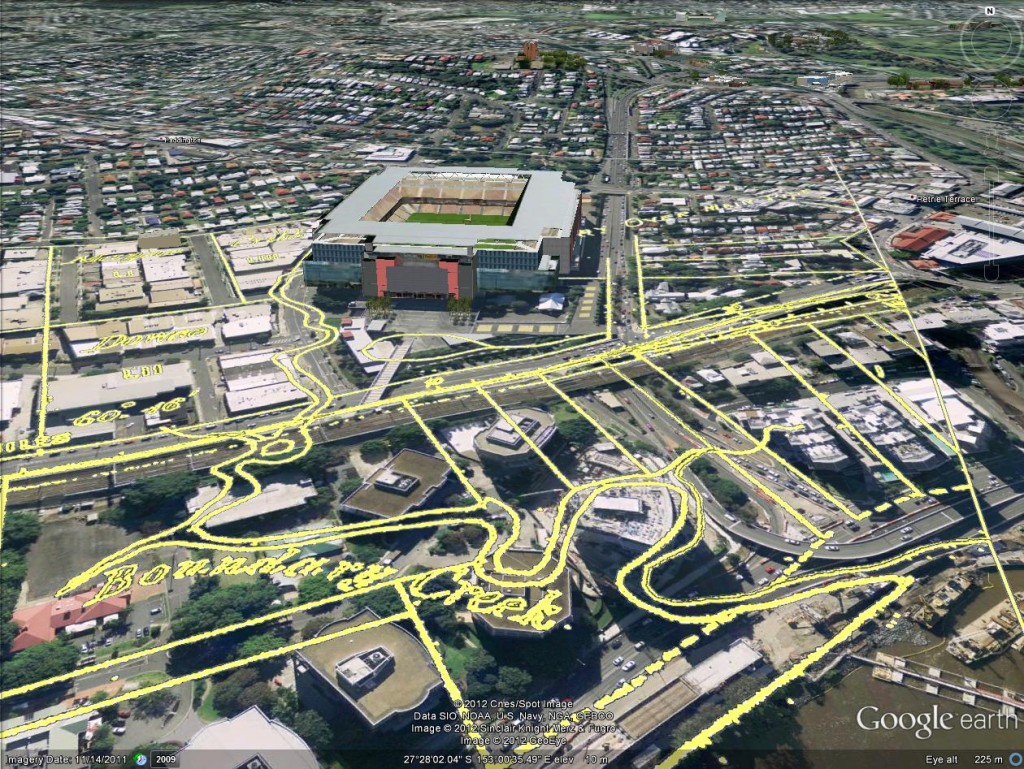 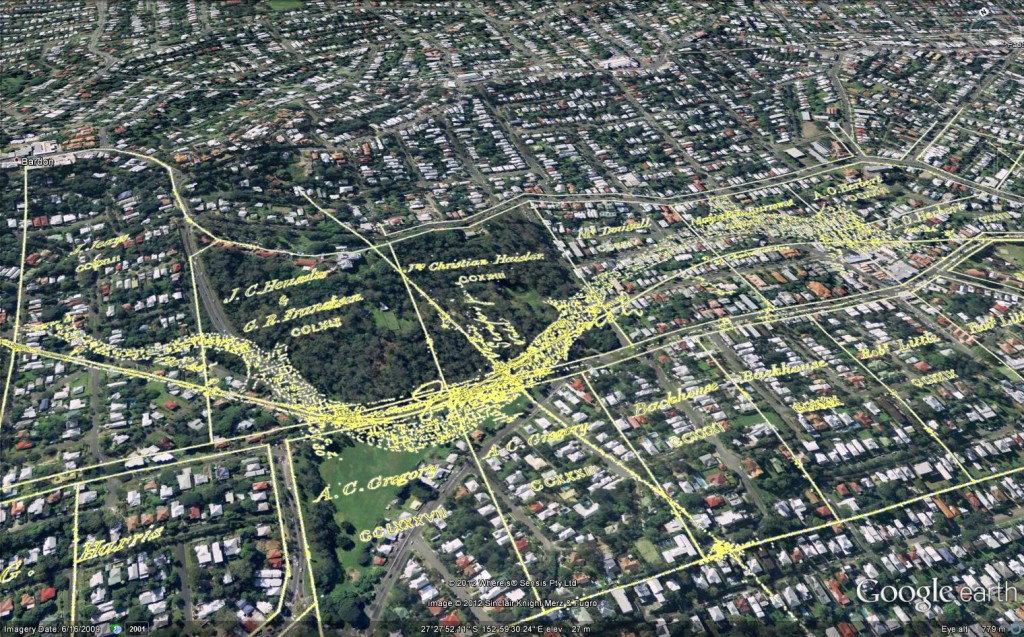 The course of Western Creek through Norman Buchan Park, Fernberg and Rosalie, as depicted in 1864. 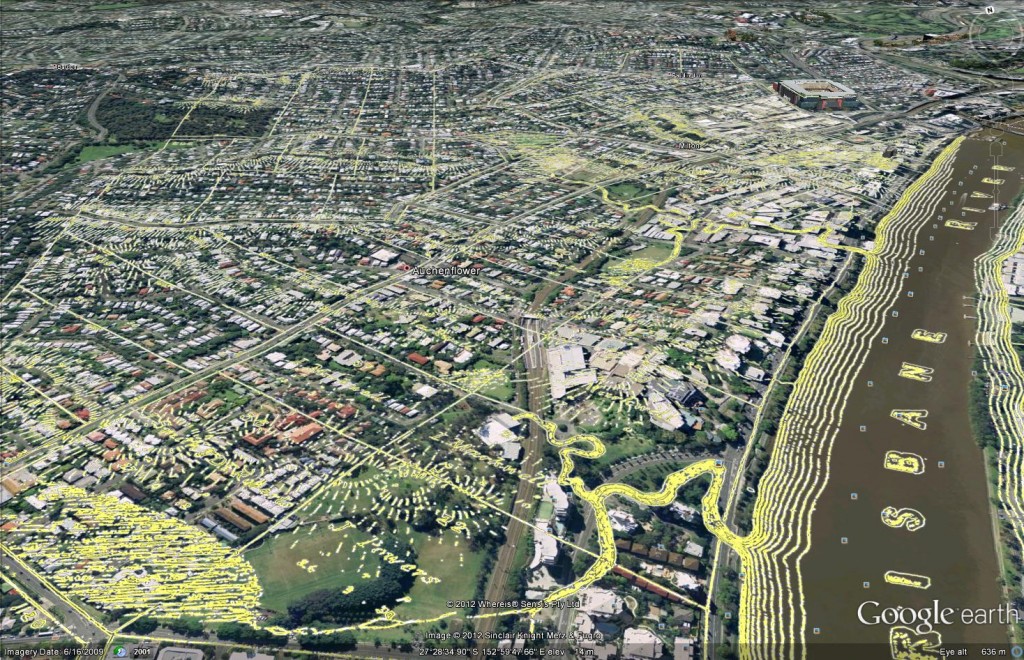 Looking down the Milton Reach, with Langsville Creek in the foreground and Western Creek in the middle, as depicted in 1859. 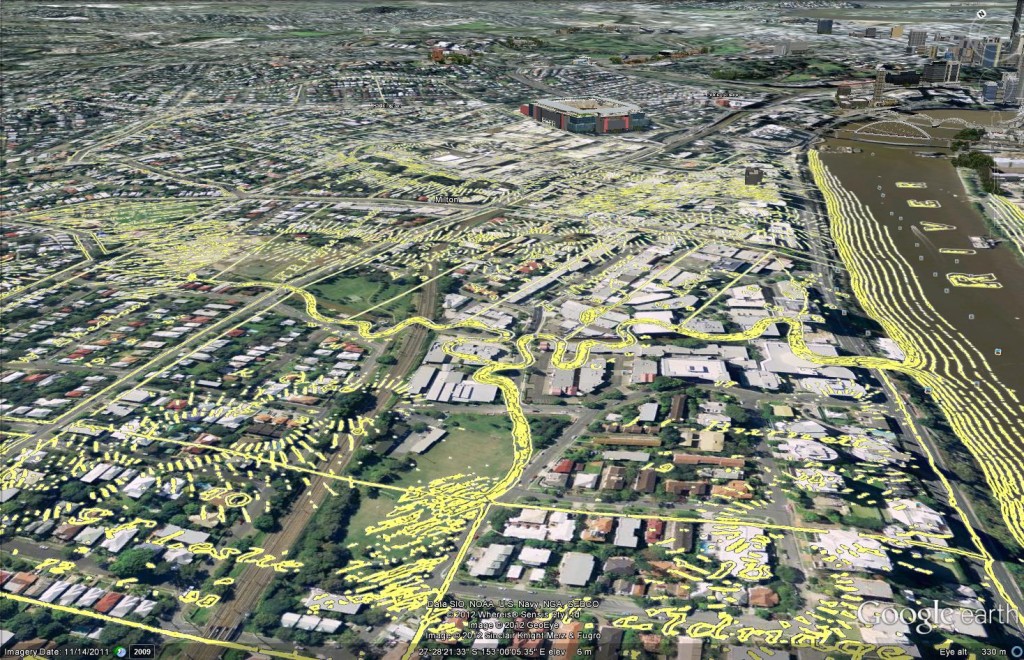 Looking over Western Creek (as depicted in 1859) towards Suncorp Stadium and the city. In the immediate foreground is Dunmore Park. 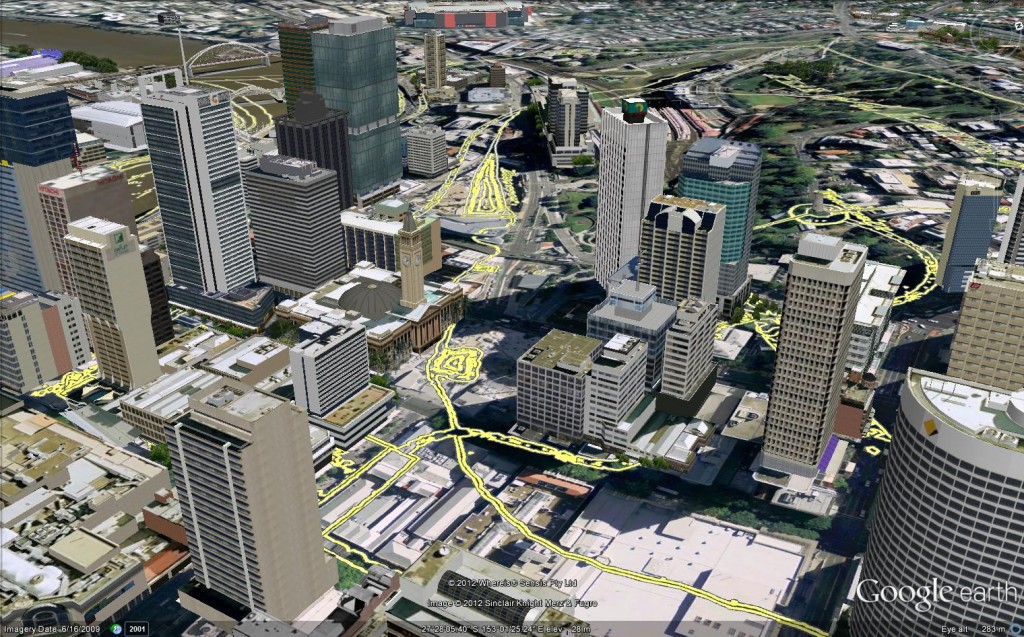 The reservoir and creek that once flowed through the CDB, as depicted in 1843. Also visible is the Old Windmill on Spring Hill. 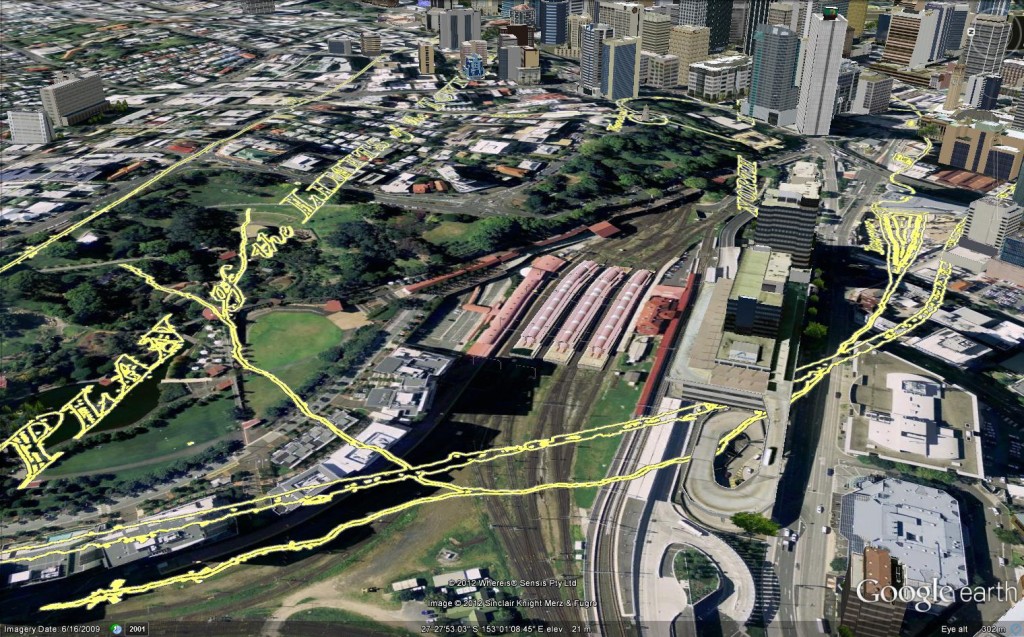 The creek that once flowed from Spring Hill, down through Roma Street (where it was dammed), and through King George Square and the CBD, as depicted in 1843.

The best bit about bringing these maps into Google Earth is that they can be shared, since Google Earth is freely available. To explore the maps shown in the images above, simply download the following files and load them into Google Earth. (Usually you can just double-click the files once you have downloaded them. Otherwise, you can drag them straight from your file browser into Google Earth, or open the from within Google Earth by selecting ‘File’ and then ‘Open’.) Of course, you will need to download and install Google Earth if you don’t have it already.

These files will produce results much like those in the images above, but are not quite the same. They do not align quite as well to the modern terrain, and they lack the ‘shadow’ effect that is applied in the above examples. However, they are smaller, crisper and more reliable. If you want to use the same files as I used for the images, here they are:

However, before you use this second set of files, please note the following:

If you have any trouble getting these to work, or want to provide some feedback, feel free to leave a comment at the bottom of this page. Have fun!

How they were made

For anyone who is interested, here is a brief run-down of how I prepared these maps for importing into Google Earth:

The steps above describe the files second set of downloads. The files in the first set were created a bit differently. Instead of converting the raster to a polygon layer, I edited it in photoshop and saved it as a PNG (portable network graphic) file with the background already transparent (the PNG format allows transparent pixels, while JPEG does not). I then added the PNG file as an overlay image in Google Earth, and stretched it until it aligned with the streets and other features. This alignment process is not as sophisticated as that allowed in ArcMap, so the alignment is not quite as good. Finally, I saved it as a KMZ file from within Google Earth.

There are probably still other ways of doing this, so if you have any alternate methods to share, I’d love to hear them!

One thought on “Fun with Google Earth”