In John Oxley and the chain of ponds, I questioned whether Oxley could have found freshwater ponds downstream from Gregory Park, given that this part of the Western Creek is subject to regular inundation by the brackish tidal waters of the river. The tidal limit of the creek (or at least the drain) is no longer visible, being hidden somewhere underneath Frew Park, Gregory Park, or even further upstream. An article from The Brisbane Courier in 1896 reveals that tidal waters were entering Red Jacket Swamp, where they “killed the vegetation, and so caused it to fester and give off unhealthy odours”.1 Correspondence between Council engineers in the 1930s shows that at that time the tide even reached underneath Baroona Road.

But what about in 1824, when Oxley visited? Could it have been much different then? Since Oxley’s time, the river bed has been extensively dredged, and the bar at the river mouth cut away. Some of the narrower channels have been widened, and most of the riverbank (except in the upper reaches) has been cleared. Changes such as these, particularly the dredging and cutting of the bar, can be expected to affect the tidal dynamics of the river. The question is, how, and how much? Might the tidal limit of Western Creek have been very different in 1824 to what it is now, or even what it was in 1896 (given that dredging began in the 1860s2)?

The Wikipedia page for the Brisbane River, citing the 2001 State of South-east Queensland Waterways Report,3 states that “Historically, the Brisbane River contained upstream bars and shallows and had a natural tidal limit of only 16 km. The current tidal limit now extends 85 km upstream due to continual channel dredging”. If this is true, then the tidal dynamics of the river have changed dramatically indeed.

I’d really love to hear from someone with some insights, or even just some leads, regarding how these changes might have affected the tidal limit of Western Creek. Three things do make me wonder if whether it was indeed lower than Gregory Park. First, there is the way this part the creek is typically drawn on the old maps. The section from McKellar’s 1895 map shown below is a good example. Through the flats of Milton the creek is wide and winding, much like the river itself. Then after it crosses Milton Road, it thins and straightens as it enters Red Jacket Swamp. Second, there is the quote above from The Brisbane Courier, describing how the tidal water killed the vegetation in Red Jacket Swamp. If the swamp was naturally (i.e. historically) tidal, wouldn’t the vegetation in it be adapted to the salty water? And third, Red Jacket Swamp (Gregory Park) is marked on some of the early maps as ‘Water Reserve’. I’m not sure if this means it was seen as a potential water supply, or merely that it was a waterlogged chunk of government-owned land. If it was the former, then surely this land can’t have been much affected by the tides. Can somebody help?? 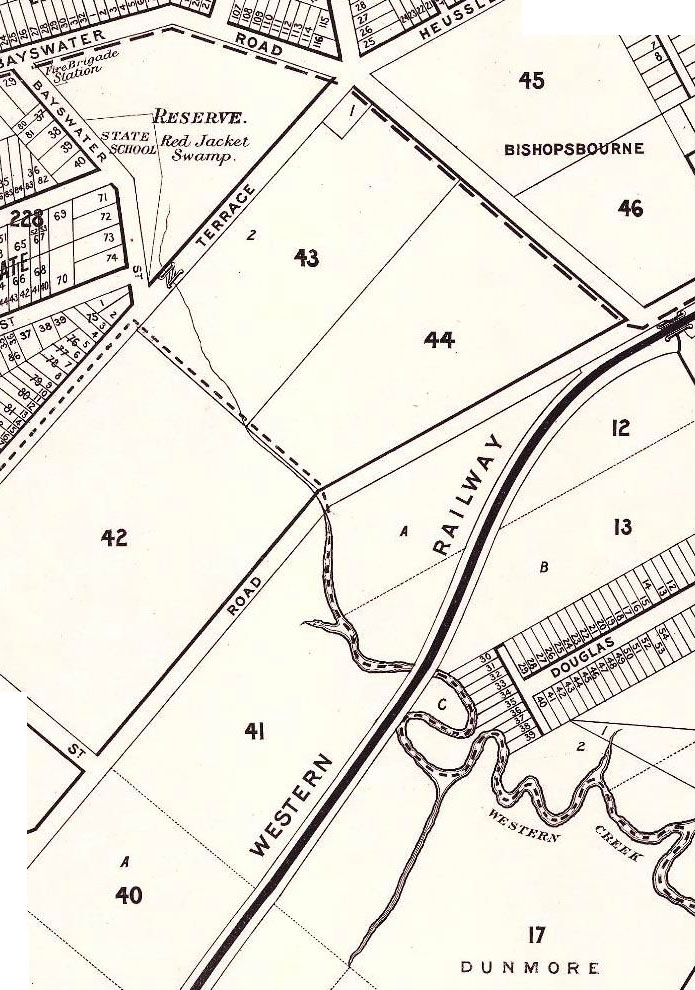 The tides of Toowong

Just over a week ago I took a trip to Toowong Creek, where at Perrin Park you can see a “natural” mangrove-lined channel (though it is clearly not the original channel) giving way to a freshwater stream. The tide was low at the time, but I inferred (okay, guessed) its reach from the character of the vegetation and the quality of the water. Then quite fortuitously, while at the State Archives just the other day, I found a map made by the Queensland Survey Office in 1901 titled “Sketch plan showing position of bridge over Toowong Creek”,4 a portion of which is shown below. 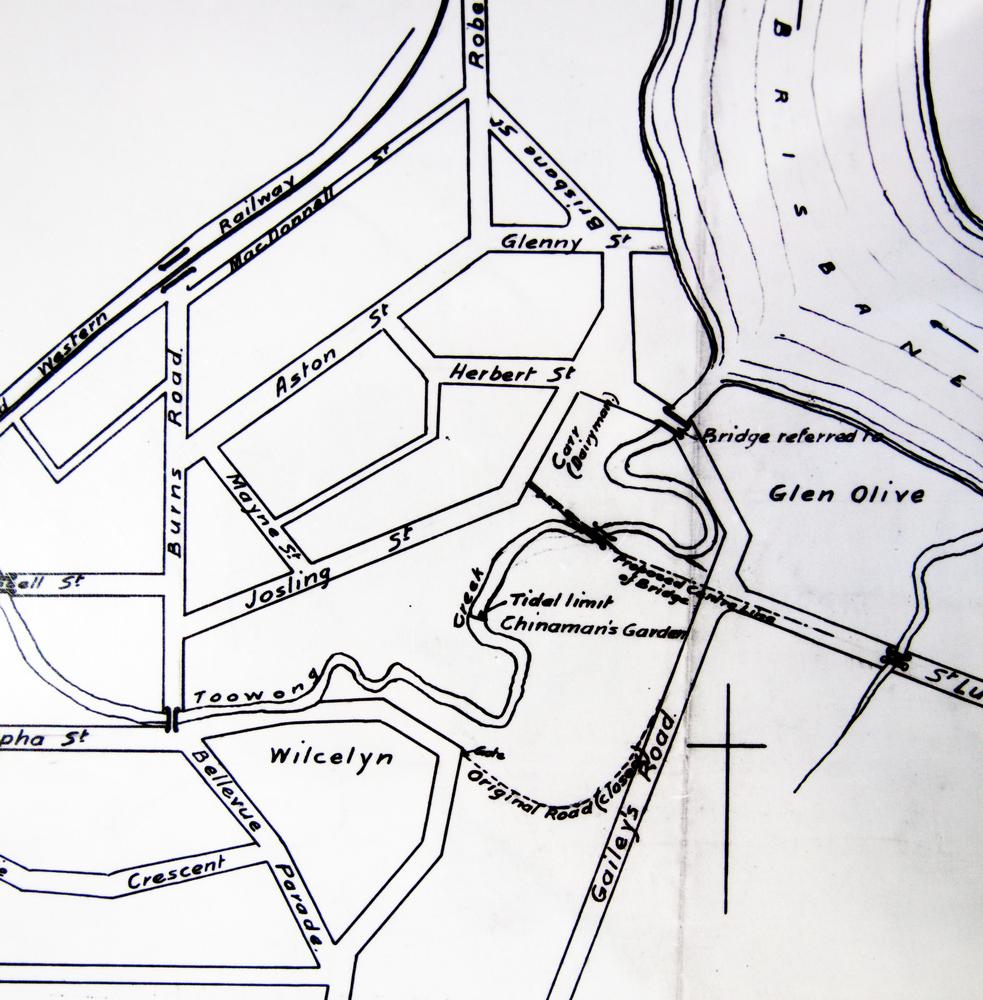 Near the centre of the picture is the label “Tidal limit”, pointing to a line drawn across the creek. How does it compare to where it is today? By my reckoning, the limit today is somewhere near the hairpin bend just after the word “Toowong” on the map above. (I will report back once I have actually visited at high tide!) This is about 200 metres further upstream (as the crow flies) than the limit marked on the 1901 sketch.

What does this mean? I’m not sure, since we are not even comparing the same channel. As well as being straighter, the channel through the park today could well be deeper than the old one, which would result in the tide coming further upstream. Without knowing these sorts of specifics, it is hard to draw anything conclusive from this observation. Interesting though, isn’t it?