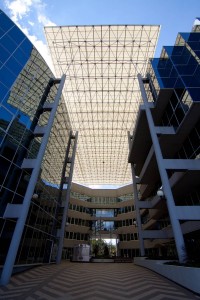 The courtyard of the John Oxley Centre, Coronation Drive, Decmber 2012

I took a walk down to the river this afternoon, and noticed that the John Oxley Centre, the office block standing over the mouth of Milton Drain, is undergoing some pretty substantial renovations. The courtyard, in which there used to be gardens featuring plaques engraved with excerpts from John Oxley’s fieldbook describing his landing hereabouts in 1824, has been completely gutted, the pavement and gardens all torn out.

I’d been meaning to get back there and photograph those plaques more thoroughly, but it looks like I might have missed my chance. That is, unless they are incorporated into the redeveloped courtyard. I thought those plaques were a nice touch, some small consolation for the fact that an office block now has been built over the lowest reach of this historic creek. It would be a shame if the some acknowledgement of the Creek and/or John Oxley’s landing is not featured in the new development.

Does anyone know the purpose of the renovations, or what we can expect to see when they are complete? 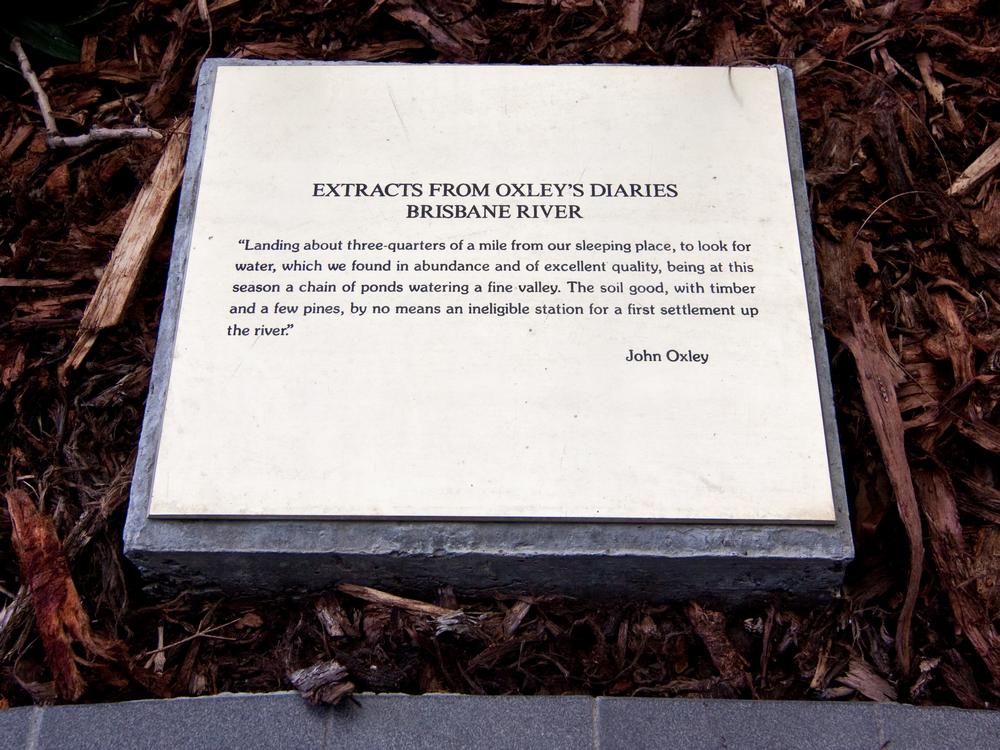